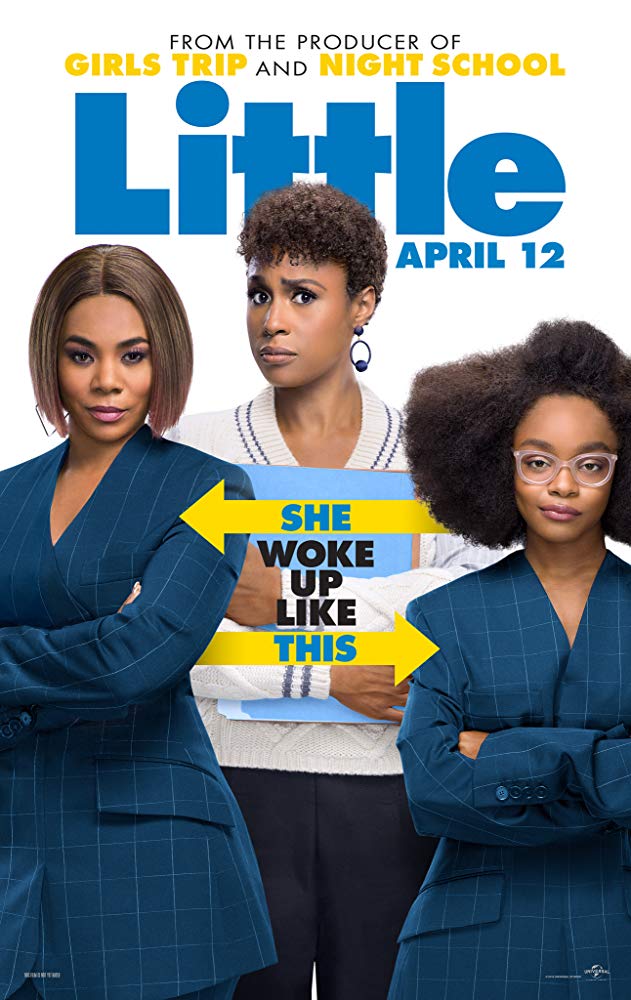 Marsai Martin who is only 14 years old stars in and executive produces Universal Pictures’ Little, a comedy from producer Will Packer based on an idea the young actress pitched. Directed by Tina Gordon, the film tells the story of a woman named Jordan Sanders who is an accomplished and successful 30 something-year-old woman who wakes up one day as her 13-year-old self. Because Jordan was very mean to a little girl in her establishment the little girl wished that Jordan was little again so she could “check her.” Being 13 years old and in middle school was not some of Jordan’s best years so her being 13 years old again is a disaster for her. 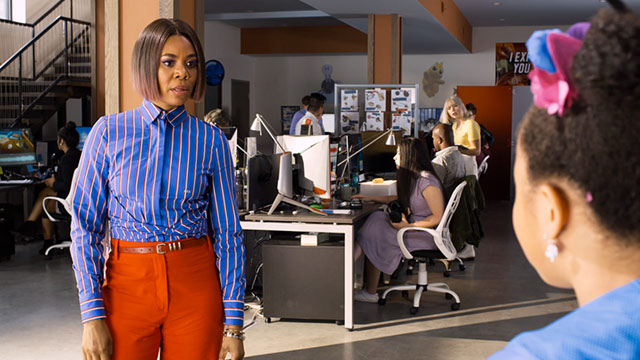 The film also includes Regina Hall who is a legend off in these movie streets. Also, Issa Rae (Insecure) who I’ll watch anything she is in. The film is a feel-good kind of comedy that revolves around Jordan Sanders who is friendless and a huge bully. The main purpose of the film is that Jordan has to come up with a great idea to save her biggest client from leaving her company. So being 13 years old again is a huge setback for Jordan. She now has to put her life and company in the hands of her assistant. Issa Rae who is April in the film is Jordan’s tormented assistant. Jordan treats April horribly and is mentally abusive.

When Jordan wakes up as her 13-year-old self again April has to play her aunt. Because Jordan next door neighbor has called child protective services. 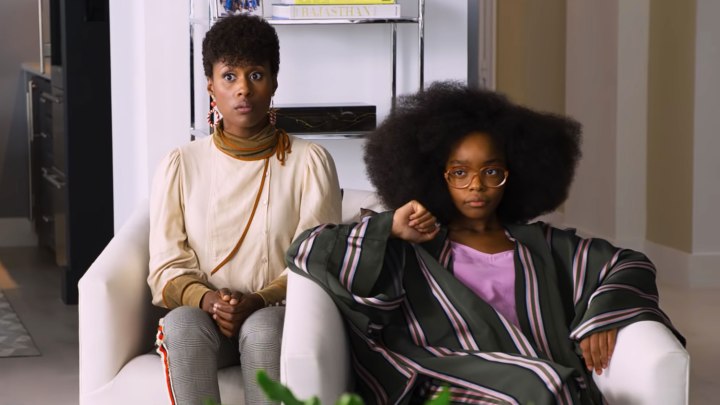 Jordan who is now 13 years old has to be enrolled in school which gets to the premise of the film. While in middle school Jordan has to go through the same thing she went through the first time which is bullies. The film like every other film suggests that Jordan has to do something good or selfless to become grown-up Jordan again which is cliche.

I feel the film is rushed even though its almost two hours long. Within the first 20 minutes, Regina is introduced and gone. Regina is only seen at the beginning of the movie and then again at the end. I think there should have been a little more of Regina as Jordan. I feel that Marsai was Jordan a little longer than needed to be. Overall, the film lacked originality which overshadowed the comedic relief. Also, the film ending is very predictable which I’ll let you guess. The acting was decent for the most part. But, the film is nothing you haven’t seen before (BIG, Vice Versa, Aand Freaky Friday). I still think the content and message of the film was great. 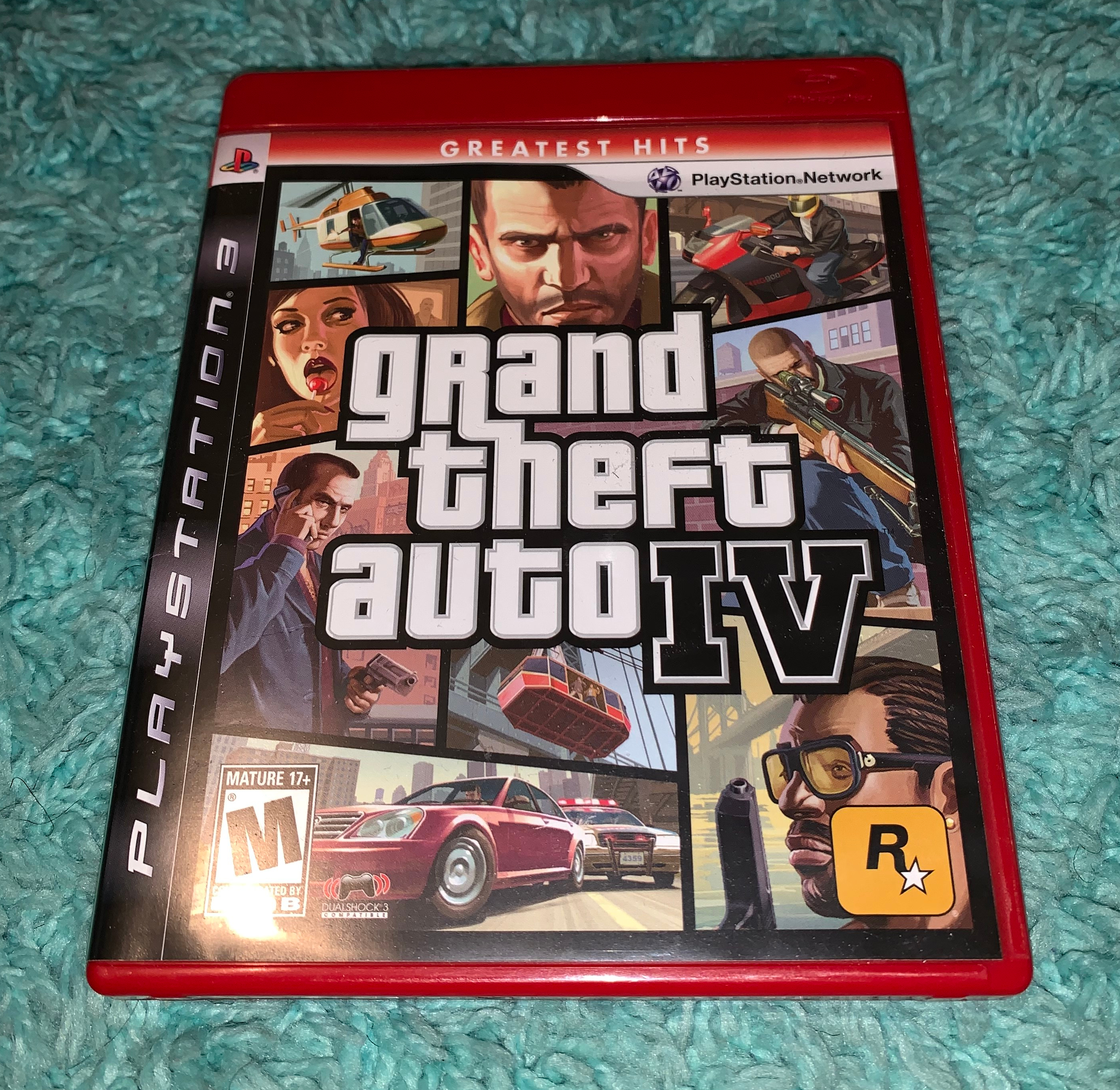